Two TV specials constituted the bookends of my childhood Christmases: A Charlie Brown Christmas and How The Grinch Stole Christmas. Watching these (barely) half-hour cartoons was a non-negotiable aspect of the Advent season: I monitored the weekly TV listings closely, planned days in advance for the shows, and would be crushed with disappointment if I missed one, knowing I’d have to wait a whole year to see it again. (The preceding paragraph has been brought to you by Things My Kids Cannot Comprehend).

I still enjoy watching these specials today (on DVD or Netflix now, of course), though it’s more of a nostalgia kick than anything else. I do still get all emotional in a couple of places — but what’s interesting to me, as a Catholic, is that I find them meaningful and touching in different ways than I used to. Specifically, whereas I used to consider Charlie Brown the more “religious” special, I actually now feel like The Grinch has at least as much Christian spirit, and maybe more.

Charlie Brown‘s Christian bona fides are universally recognized, courtesy of Linus’s echoing centre-stage recitation of Luke 2: 8-14, and his quiet follow-up, “That’s what Christmas is all about, Charlie Brown.”

You know what really makes the scene work, though? It’s the ten seconds of complete silence between those two lines, giving the Scripture reading time to sink in and resonate. People like to say, “You could never get a Gospel reading into a Christmas cartoon today,” though I’m not entirely sure that’s true. But I do know you could never get ten seconds of complete silence into any TV show today. The emotional and spiritual impact is in the silence (something Martin Scorcese understood and used in a very different religious-themed movie decades later). It’s in those ten seconds of silence that I feel the lump in my throat and even fight back tears.

The other thing worth noting is that, other than Charlie Brown’s silent recollection of Linus’s speech outside a moment later, nothing more is made of this incident in the special’s remaining minutes. The show’s denouement is about reviving and decorating a flimsy tree that “just needs a little love,” a sentiment closer to 1960s flower-child verse than to Christian doctrine. The children don’t sing around a creche; they sing around a tree.

Some Christians like to point defiantly to A Charlie Brown Christmas as the “true meaning of Christmas” special, but I don’t think that was how it was intended. This wasn’t Davey & Goliath or Veggie Tales, a thinly veiled Sunday school lesson. This was a good story, well told, whose primary message was not pro-Christianity, but anti-commercialism — a theme that can be (and has been) embraced by secular liberals and which is “Christian” almost by accident. Don’t get me wrong — I’m not saying A Charlie Brown Christmas doesn’t have a Christian message; just that that message is less direct than is generally believed.

That brings us to How The Grinch Stole Christmas (the cartoon, please, not the movie), which on its face is purely secular. No nativity story, no twinkling Christmas star, just Santa and presents, and much the same anti-commercialism message that Charlie Brown supplied. Even without presents or decorations (or even food, for that matter, which strikes me as a far more serious challenge), all the Whos down in Whoville still came together at Christmas dawn to hold hands and sing (spoiler warning, I guess?). Who needs presents to celebrate Christmas? Not the Whos.

But here’s the thing. The emotional core of the special begins when the undefined “star” rises from the center of the Grinch-ravaged Whoville. What does the star mean? Maybe community spirit, maybe the shallowness of commerciality, maybe a very implicit Bethlehem message — it depends on the viewer. But that’s less important, to my mind, than two other critical aspects of these last few minutes.

The first is the masterful narration by Boris Karloff, who reportedly jumped at the chance to be involved with this special. He reads Dr. Seuss’s lines with such emotion and awe and wonder that you cannot help but be moved:

He hadn’t stopped Christmas from coming —

It came just the same.

The second aspect, and to my mind the key to the whole special, is the Grinch’s revelation and transformation. Watch the video from 2:15 to 2:36 — notice how the colour of his eyes changes from red to blue, the sky behind him changes from orange to pink, and his snarl turns into a beatific smile.

He puzzled and puzzed, till his puzzler was sore.

Then the Grinch thought of something he hadn’t before.

Maybe Christmas, he thought, doesn’t come from a store.

It gets me every time. It got me while I was prepping the video for insertion into this post. And it gets me in the show’s subsequent moments, when the reformed Grinch strains to catch the falling sled, and his heart grows three sizes, and he miraculously finds the strength of a dozen Grinches (ten Grinches, plus two).

What the Grinch has experienced is the fundamental Christian experience: redemption. He was a seriously bad person who robbed a town full of innocents, not to enrich himself but just to deprive others of happiness — yet he was moved by the simple piety of his victims to reconsider everything he thought he knew about the world. He is a sinner, but one who has now been redeemed. He was lost, but now is found; was blind, but now can see.

And in the closing moments of the special — all of this happens in the last three minutes of the show, in rapid succession — he not only repents of his wrongs, but he makes reparations, and with a glad heart, bringing everything back that he took away. And note how the Whos receive him: not with justifiable alarm or resentment or condemnation, but with simple acceptance and even joy at the return of their presents and the arrival of the erstwhile thief. They open a little gateway in their circle to welcome him, well before the Grinch arrives in town — “while he was still a long way off, his father saw him and was filled with compassion for him; he ran to his son, threw his arms around him and kissed him.”

No disrespect to A Charlie Brown Christmas, which I love for countless reasons. But How The Grinch Stole Christmas, to my mind, is the animated TV special that really “puts the Christ in Christmas,” as many people insist we should do. Christ is always in Christmas, as He’s always in everything — but his toughest directives and hardest teachings shine through The Grinch. Love your enemies. Forgive their sins. Humble yourself. Repent. How many of us are ready to hear those messages? Or to act on them? That, too, is what Christmas is all about.

The last words go to Dr. Seuss and Chuck Jones, who co-wrote the closing lines that Boris Karloff recites with such warmth.

Cheer to all Whos, far and near.

Christmas Day is in our grasp,

So long as we have hands to clasp.

Christmas Day will always be,

Just as long as we have we.

Welcome Christmas, while we stand,

Heart to heart, and hand in hand. 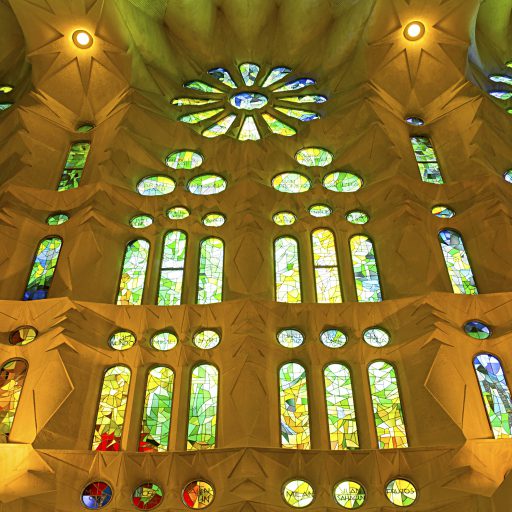